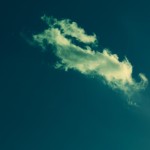 Netflix might have arrived, but Australians still get a raw deal when it comes to accessing content. Is it any wonder we’re a nation of pirates?

Australia: our home is girt by sea, our land abounds in pirates. Lots of them. According to TorrentFreak, when the first episode of the fourth season of the hugely popular series Game of Thrones launched, it was pirated in Australia more than anywhere else in the world. In fact, more than ten percent of people who pirated it in the first twelve hours were Australians, approximately three percent from Melbourne alone.

Nor was this a once off occurrence. Australia accounted for approximately one-fifth of illegal downloads of the finale of Breaking Bad. When Netflix released the third season of House of Cards (just a few weeks before the streaming service had launched in Australia), Australians were the fourth worst offenders.

Piracy is not the same as theft; in legal terms, theft refers to a permanent loss of an individual’s property, which doesn’t occur in the case of piracy. Despite this, the Australian government is currently pursuing policies based in criminal law to tackle piracy, such as a three-strikes policy, and various laws that force ISPs to provide information to copyright holders who can show their copyright has been infringed. The fact that, of the top ten countries pirating House of Cards’ most recent season, half come from countries were Netflix simply isn’t available begs the question: is access to content a driver of piracy? There is some evidence that the answer is yes. Of the countries that pirated the third season of House of Cards, half didn’t have Netflix at the time the season launched: Australia, China, India, Poland, and Greece.

Australians often complain that they are charged higher prices for less content at a later date. This concept has come, unfavourably, to be called the ‘Australia tax’. And it’s more than anecdotal. According to consumer advocate Choice (as of October 2014), Australians are charged more than others for most entertainment content online.

Of course, now that Australian Netflix has launched, this problem has been solved, hasn’t it?

The short answer is no, it hasn’t. To understand why, you have to look at the relative prices and content offerings of Netflix in the United States and in Australia. Analysis by Gyde and Goodfilms suggest that Americans have access to significantly more content than Australians for very similar prices. The US Netflix service offers , compared to Australia’s 900 movies and 220 TV Shows, approximately six times as much content.

Unfortunately, this much-reduced content offering is provided at essentially the same price. The standard plan of Netflix US is US$8.99 (which, at today’s exchange rate, amounts to A$11.40), compared to Australian Netflix’s price of A$11.99. Effectively, Netflix in the United States costs 50c less and has six times as much content, substantiating the long held view that Australians pay more for less. Even if you add the content offered by rival streaming services Stand and Presto, the sum doesn’t come close to that offered by a single US Netflix subscription.

And, of course, the benefits provided by VOD services such as Netflix only apply if the content is actually available to begin with. Neither The Walking Dead nor Game of Thrones are available on streaming services in Australia; instead, they’re only available on Foxtel, which has by far and wide the highest per month cost of any of these , given that, with Foxtel, consumers are effectively forced to pay for many channels, even if they only want one TV show.

Exclusive licensing deals and other arrangements mean that Australians have to pay far more for the same content than American consumers. GST and the minor costs of online distribution aren’t sufficient to account for these price differences. Many Australian consumers already access the US Netflix service with tools that bypass geo-blocking, showing that when offered reasonable prices, we’re willing to pay if we aren’t being price gouged.