This week: Mitt Romeny and Obama are probably the two most talked about people in the world right now so we are jumping on the bandwagon. Also why you shouldn’t date Economist but you should pay your taxes.

Why the GOP Should Fear a Romney Presidency – The Atlantic

What kind of president would Mitt Romney be? And what should we expect from Barack Obama’s second term? A look at historical evidence over long ‘political cycles’ of decades or more on how different types of presidents have performed with their policies and what this tells us about the upcoming American elections.

Policymakers risk fiddling while the global economy burns – The Guardian

In the midst of poor economic recovery with uncertain causes and untested cures, this Guardian article weighs up the  various possible policy options available to Chancellor George Osborne in the UK. Austerity hasn’t worked so what exactly can be done about the struggling British economy? Read on to find out.

Many have pointed to cheap labour, an undervalued currency supporting huge volumes of exports as the cause of China’s meteoric rise in recent years. But has the trend finally changed? It’s all in the data, according to the Economist. For those interested there is some interesting debate happening in the comments section. Feel free to discuss!

A detailed look at some of the statistics which determine the CPI as published by the ABS as well as a brief primer into what each of the components mean and where they come from. Very beginner friendly and a good place to start learning how to predict the RBA’s policies from the numbers.

Australia’s economy is set to grow more evenly as China’s economy slows, according to a new report by Deloitte, but the drag on key export prices is undermining government revenues. The report examines how potential  changes in the state of the global economy will affect the different sectors of the economy in the short to medium term.

The politics of surplus – The Age

Delivering a budget surplus this financial year has always been one of the current Labor government’s election promises. Yet clues in its mid-year budget statement suggests that the government is running out of programs to cut and may be forced give up the surplus. What does this imply and is there any economic sense in maintaining this politically motivated policy?

21 Reasons Why You Should Never Date An Economist – INESAD

If you are intending to become an economist, this is perhaps something which you may want to take into account before making your career choice. There is still time to reconsider!

Stop grumbling about tax, we all benefit along the way – The Age

Having to pay taxes to the government means we get less money to spend for ourselves. Or does it? An in depth look at how much taxes and benefit each we get in different stages of our lives.

For those who missed the Max Corden Lecture delivered by Martin Wolf two weeks ago, you might be interested in what he has to say in the recording of his presentation!

Weekly Comic Strip – Top of the Ticket by David Horsey

Even if you have zero interest in American Politics, might be worth considering what the man who will run the world’s largest Economy is like. Or what they were like back in High School. 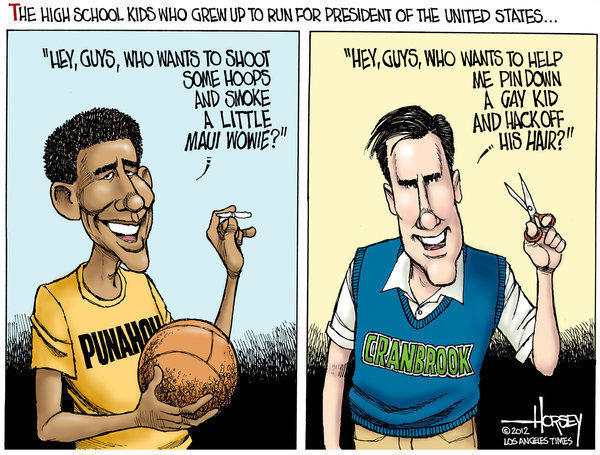 See you next week, and wishing you a successful swotvac!