Ever wondered why pieces of paper can be exchanged for objects of immense value? Dive into a history of money and value in this riveting piece by Lawrence. Can we really change the world? Can we really build a heavenly utopia on Earth? Sao Yang Hew uses the perspective of a Russian author’s psychological literature to answer these questions. Joey Moloney explores the effect of Australia’s ever-increasing affluence on the political expectations of the general public. 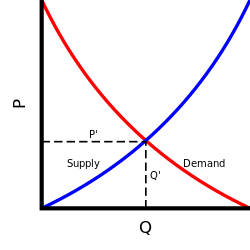